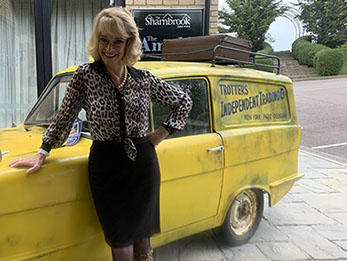 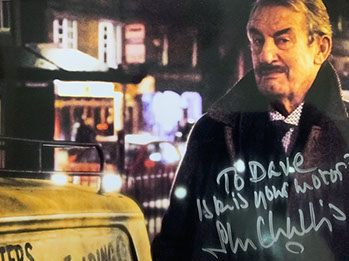 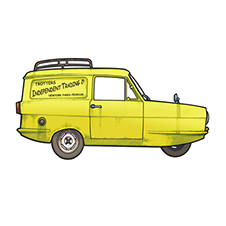 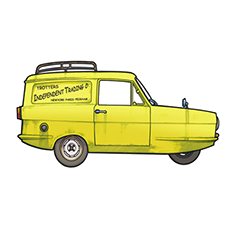 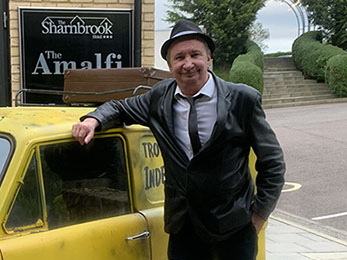 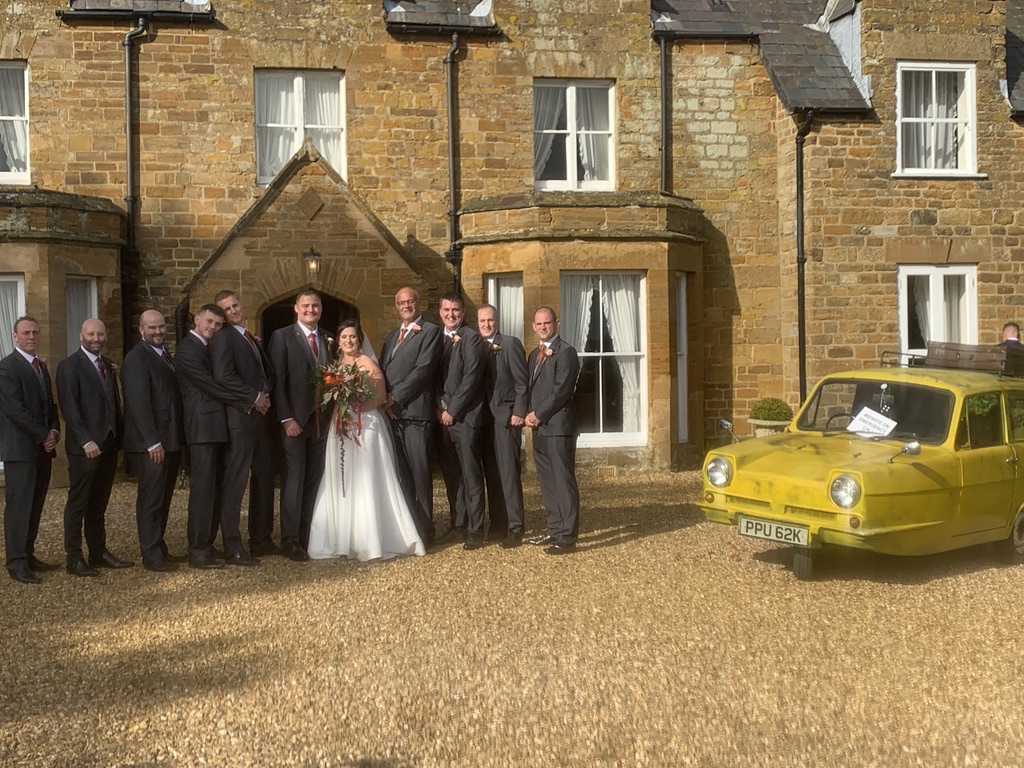 WHAT MAKES OUR VAN SPECIAL?

Its true to say that there are quite a few replicas of Del Boy's famous three-wheeler out there, and only a few of those are available to hire. Here are just a few of the things which make our van the one to hire.

The Reliant Regal Supervan iii was originally equipped with a rear seat, and ours also features this - meaning you can fit your best man, bridesmaid or even Uncle Albert in the back!

This is something quite special. Our van's dashboard is signed by many of the cast members, including the actors who played Denzel, Cassandra, Mickey Pearce, Bronco, Karen the Barmaid, Raquel, Boycie, Marlene and the Great Raymondo! To top this off, the sun visor is signed by none other than the legend that is Del-Boy:  Sir David Jason himself.

The Furry Dice. Del's 'D' necklace. Tiger skin interior styling. "Midwife on Emergency Call" sign! A bottle of Peckham Spring Water. WE EVEN HAVE  A BLOW-UP DOLL IN THE REAR WINDOW! You name it, we've detailed it! Perfect for those photo opportunities.

Dave is the owner of this fantastic replica Only Fools van and he loves to look the part. Expect the sheepskin coat, turtle neck sweater and white trainers, complete with flat cap, gold jewellery and the trademark cigar! Cushty!

For 2020, we offer the van with a fully rebuilt 850cc engine, new alternator / starter motor / electronic ignition system / new brakes all round and rewired electrics.

Q: What area do we cover?

A: We are happy to travel up to 75 miles (Using Google Maps) from Bedford, UK.

Q: Can you, the customer,  drive the van yourself?

A: Sadly this isn't possible due to insurance restrictions.

Q: What events do you cover?

A: We are insured to carry passengers for Weddings and Funerals only, but can still bring the van to any event you would like it to be a feature of. This means that we cannot carry passengers to school proms, for example, but can gladly bring the vehicle to someone's house for a birthday party or a shop for a static promotional event. If you're unsure, please just use the contact form to ask us.

Q: How many seats does the van have?

A: The van has four seats in total - so the driving seat and up to three passengers.

Q: How much does it cost to hire the van?

A: The van is available at either a minimum half day (up to 5 hours) rate, or a full day ( 5-12 hour) rate. This is calculated from the time we leave Bedford to the time we are likely to arrive back. Therefore if your event is quite a distance from Bedford, please bear this mind when deciding if this would be a half day or full day rate. 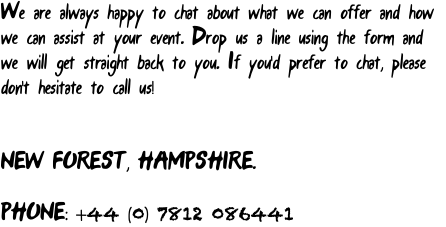 Dave owns the vehicle and is happy to become 'Del-Boy' for the day! Dave holds a  BA Hons degree in Performing Arts and a Masters Degree in Screen Performance. 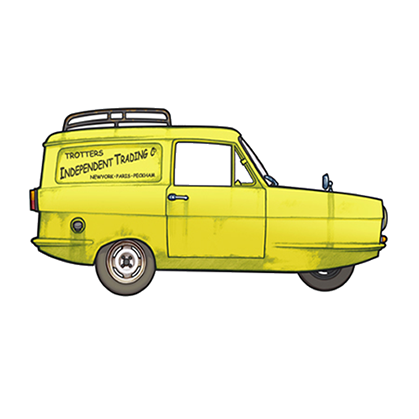 TAKE CARE OF THE CATERING WITH PAELLA FROM BIG PANS PEOPLE 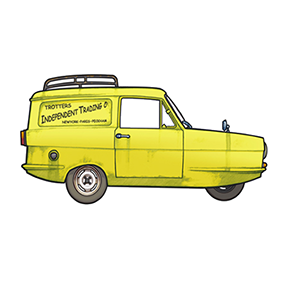 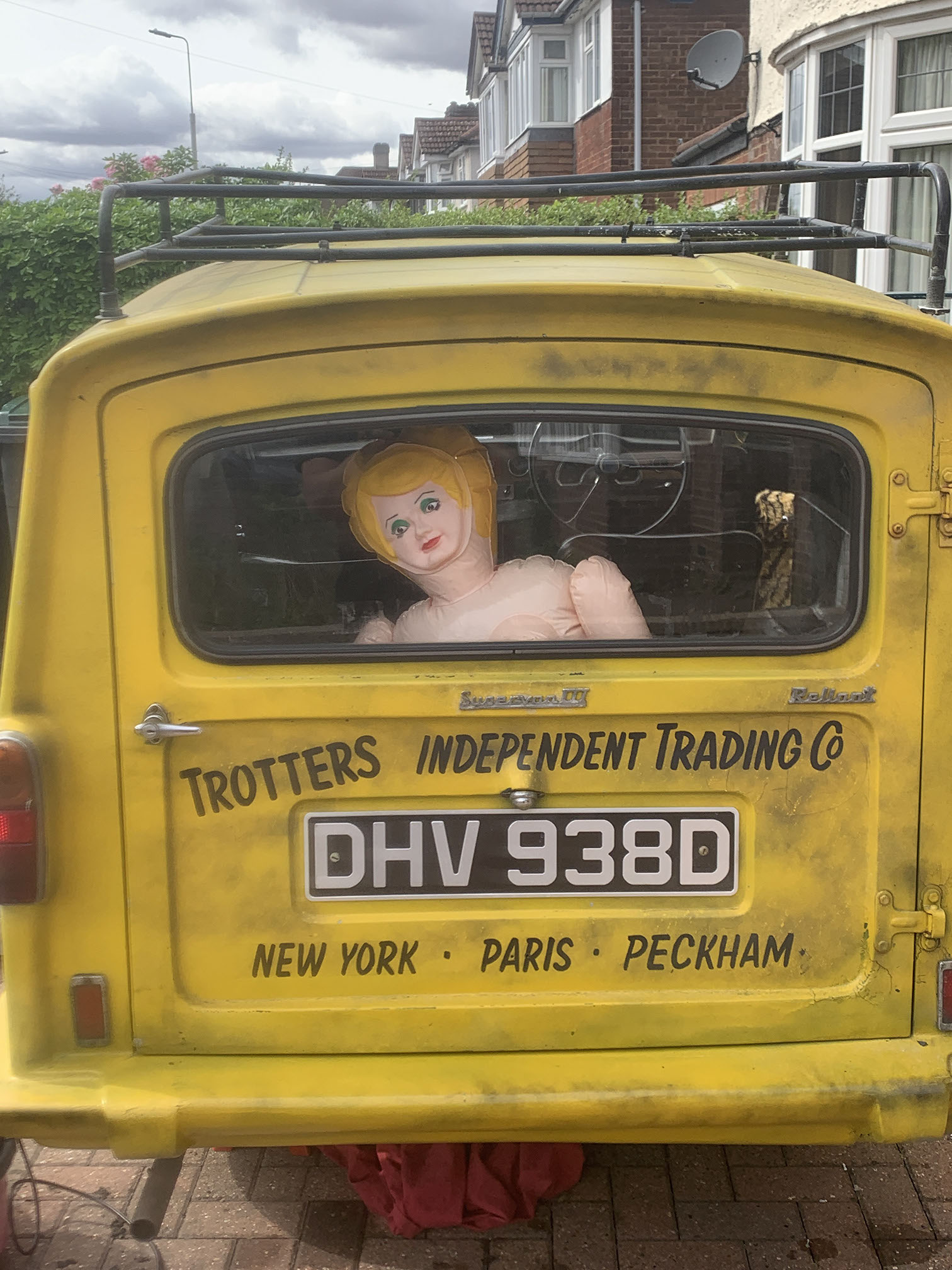 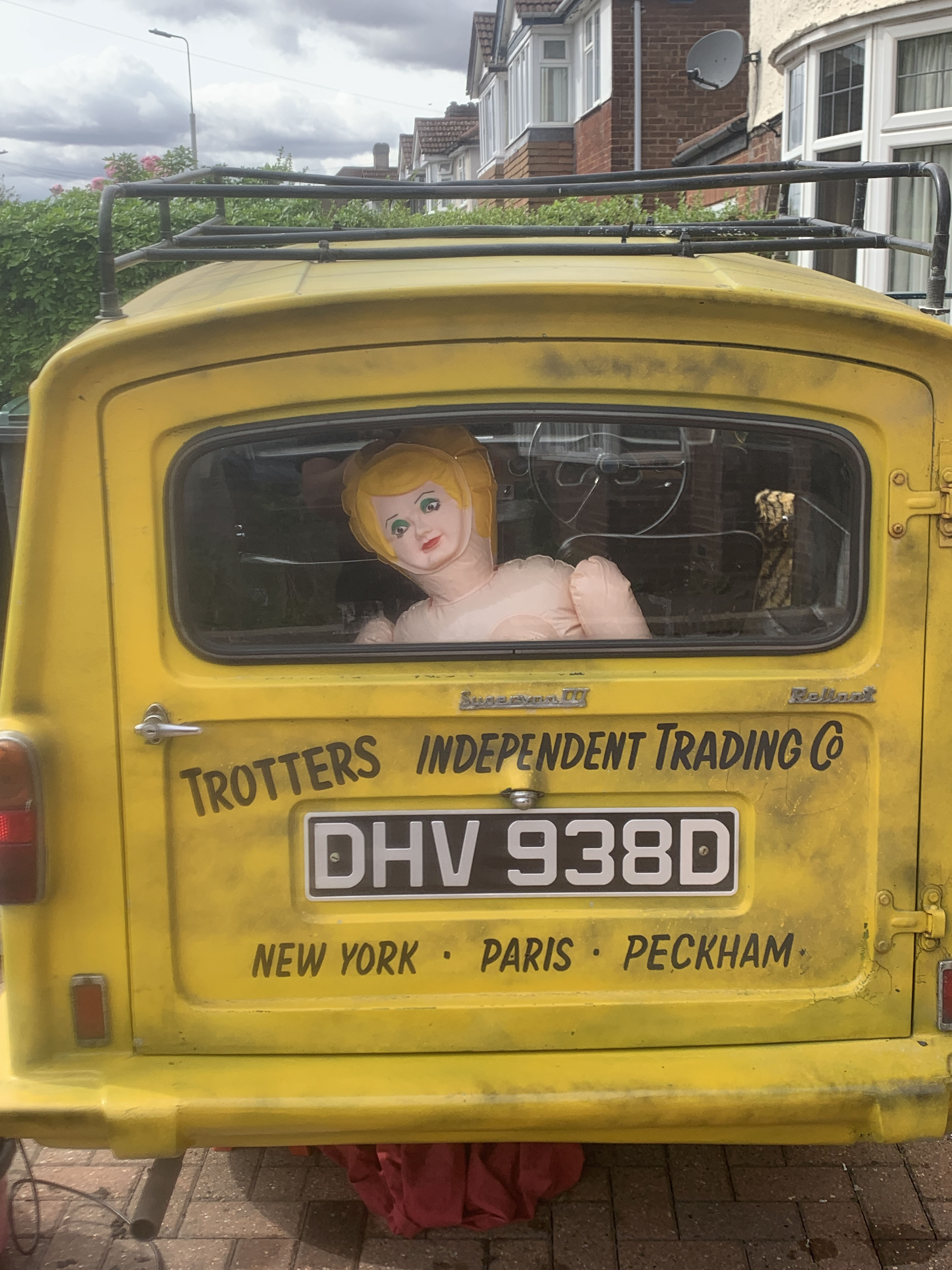 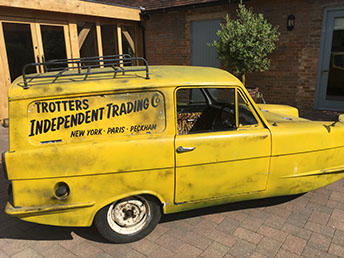 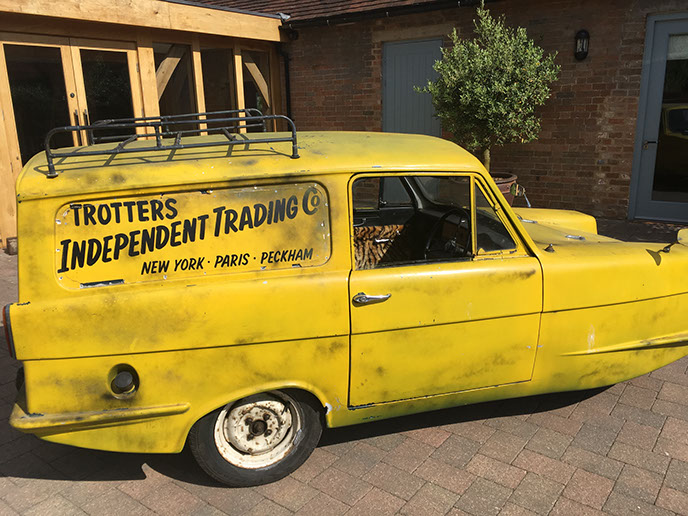 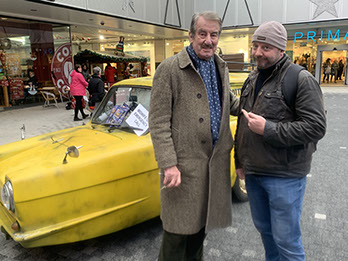 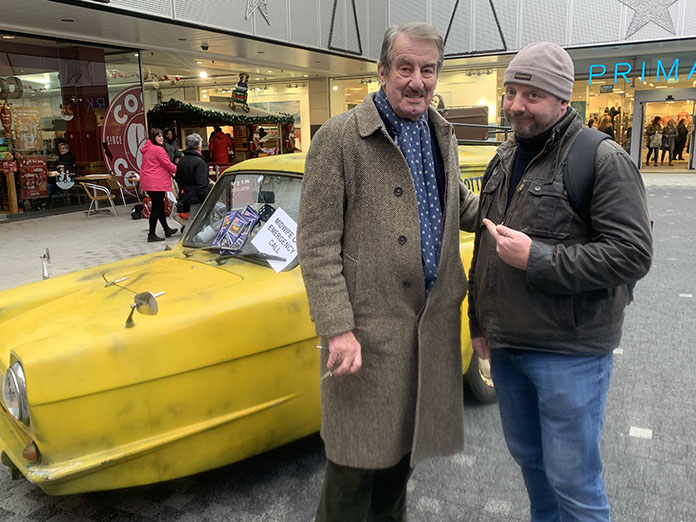 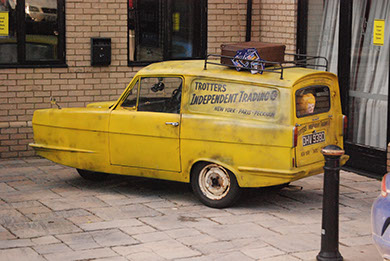 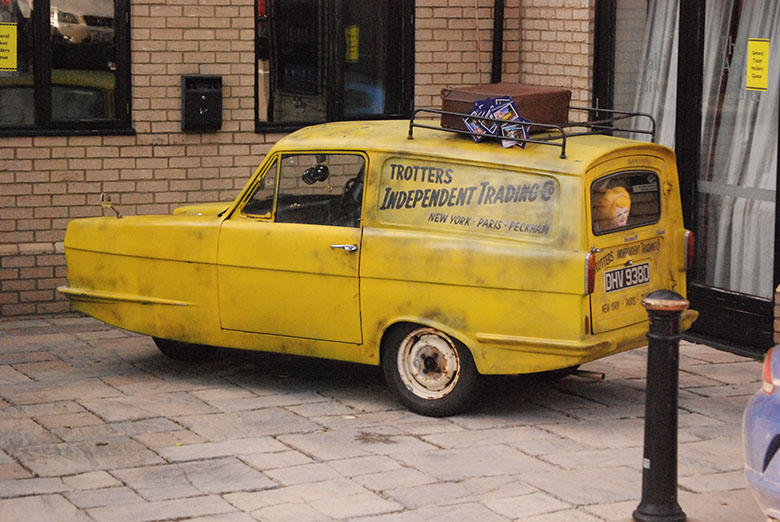